The Sea Trout Were Hungry Today! 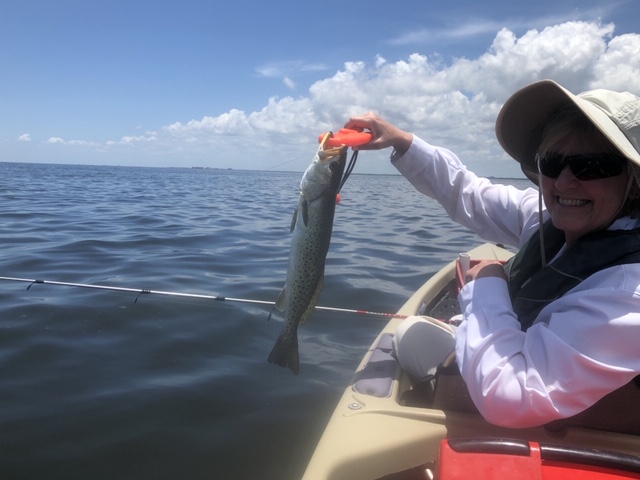 The Sea Trout were hungry today!!  
Barb, Sebastian, and I took our kayaks to Bokeelia today to do some trout fishing. We have been there several times before and had pretty good luck, but I think today was our best day in that area. In about three hours of fishing, we caught over 20 trout most of them legal size with an assortment of catfish and ladyfish. 
Barb and Sebastian were using shrimp under a popping cork. I used several different lures with a 3” dark-colored paddle tail being the most popular with the Trout. I fished it with and without a popping cork. Barb caught the most fish because I was too busy taking her fish off, by the time she re-baited and threw it back out she had another fish. At times she and Sebastian were catching fish on every cast.
All fish were released to live another day, our trout season is closed until next May.