Catching a Redfish and a Strange Creature

My last client, an 81 year old man caught a redfish that pulled him around in circles in the kayak.  After a good battle he finally landed the 18″ keeper for dinner.  he caught several smaller fish that day but this one was his trophy for the day.

A few days later I went back to Gasparilla Sound to hunt for some seatrout, hoping the red tide had cleared up.  The water was dirty from all the rain we’ve been having and there was evidence of red tide still hanging around; we saw some dead catfish floating on the surface.

My client this day only caught one small trout and a strange creature I’ve never seen before.  It turns out it was a mantis shrimp.  If you ever catch one don’t handle it with your bare hand it can hurt you. 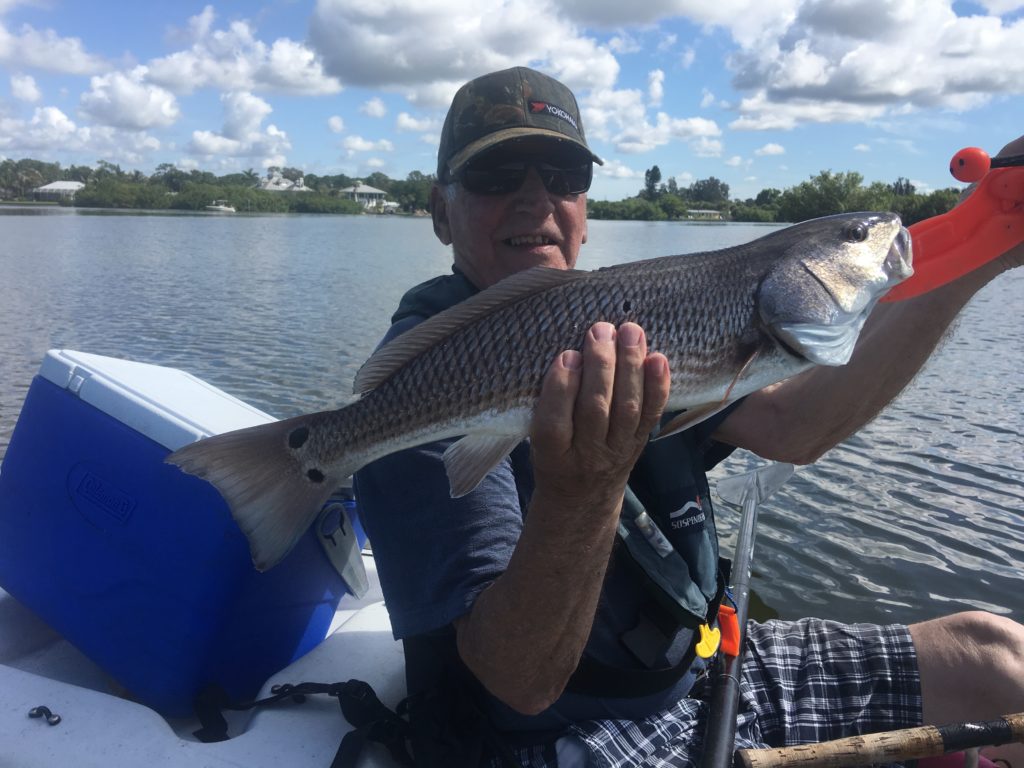