Love Is In The Air, Or Should I Say, In The Water

While fishing for Seatrout in Gasparilla Sound, we saw several manatees splashing and surfacing in the water.  We think they were mating.  When I got home later, I read online that this is their mating season.  Being in a kayak, you can get very close to them, and it’s a different perspective being at water level versus being in a boat.

Observing marine life out on a kayak is a bonus when on a fishing trip.  We usually see dolphins playing and chasing bait fish in Gasparilla Sound. 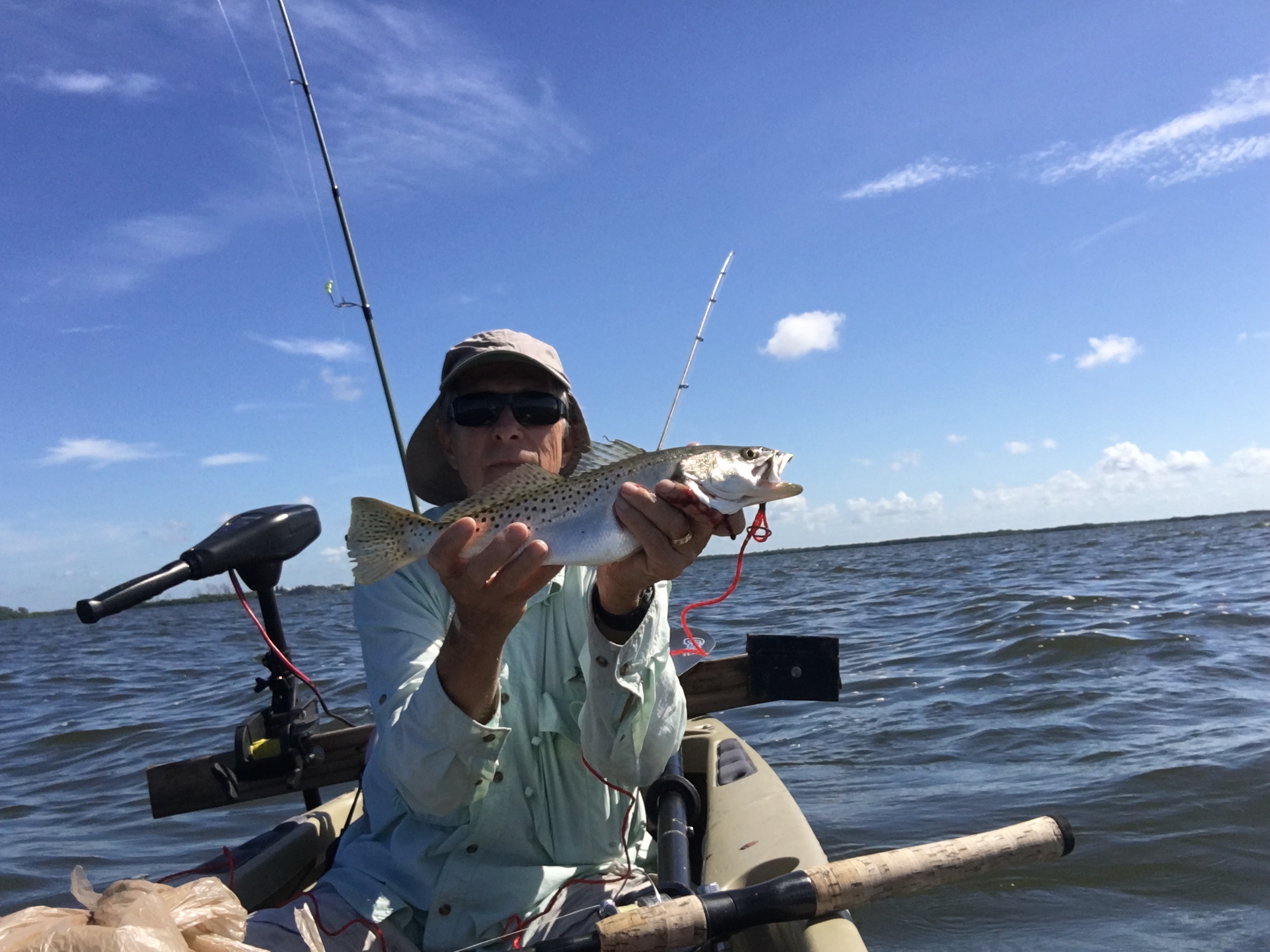 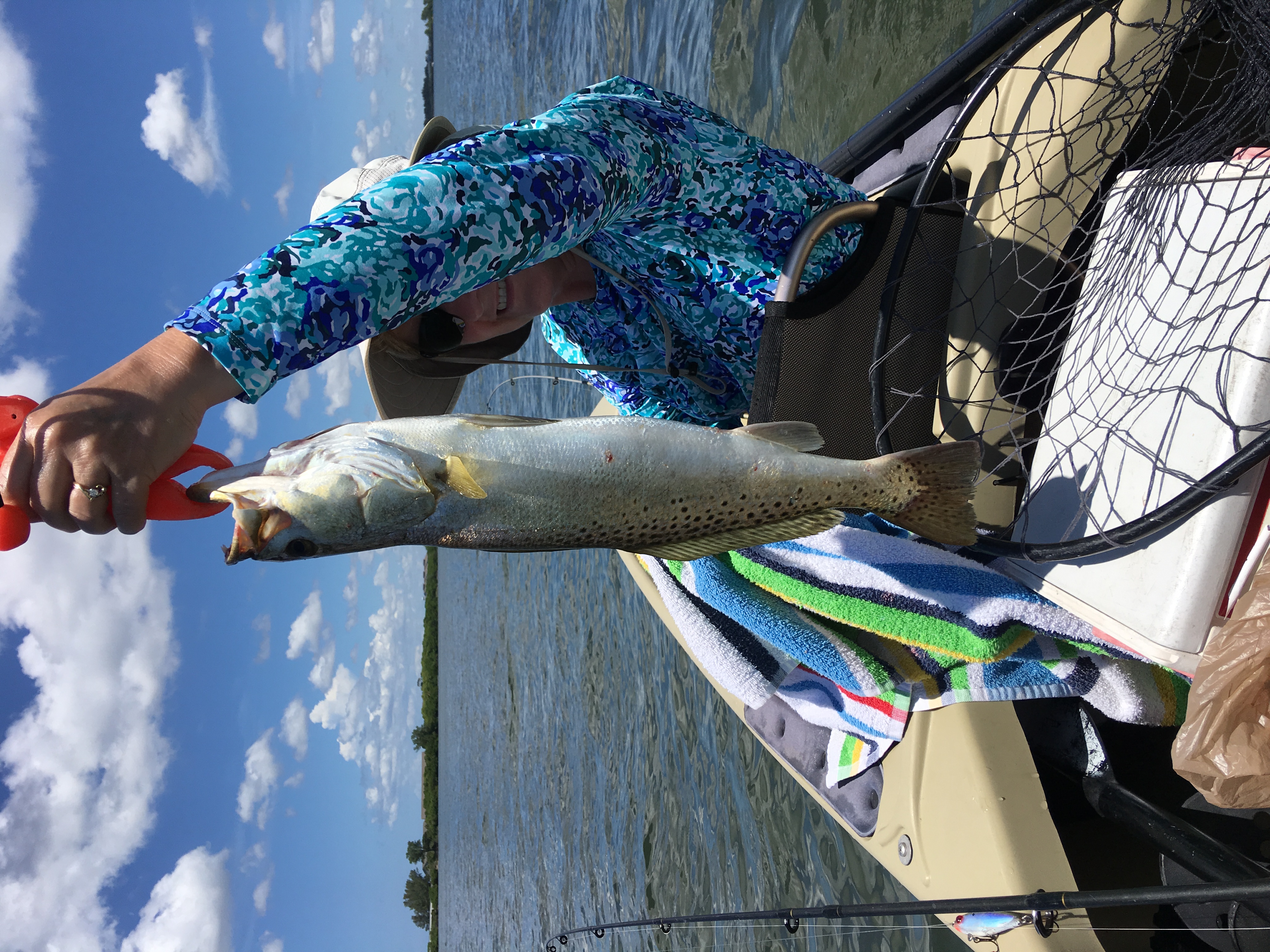 Besides being entertained by the manatees, sometimes called,”Sea Cows” we caught some nice trout for dinner.  I didn’t have a charter today, so my wife and son went fishing with me.  My wife, “The Trout Queen,” a nickname I gave her because she usually catches the most trout.  And today was no exception; she caught a nice 19 ½ inch trout on an artificial bait.  We ran out of live shrimp, so she used a 3” Zman soft plastic under a Cajun Thunder popping cork.

We released several smaller trout, which looked very healthy.  I was a little surprised we had any luck at all because the water was muddy looking from all the rain we have been having.  Several weeks ago the water was very clear, and I caught about 25 trout.  It’s been my experience that after a lot of rain the water clarity is poor and the trout don’t bite very well.

Yesterday, we tried a new spot that we haven’t fished before.  We launched at Oscar Scherer State Park and fished under the docks in the residential boat channel as we were heading out to the main channel.  This channel flows south to Blackburn Bay and north to Little Sarasota Bay.  When you get to this main channel, head north about 100 yards and there’s a grass flat on the west side of the channel called Dryman Bay.  This is where we caught a nice trout.  We didn’t stay very long because the thunder storms were rolling in.

If you go kayak fishing this time of the year, I suggest you get out early and come back in by 12 or 1 pm.  After 1 pm it gets very hot, and you can’t paddle fast enough to get a breeze like you can in a motor boat.